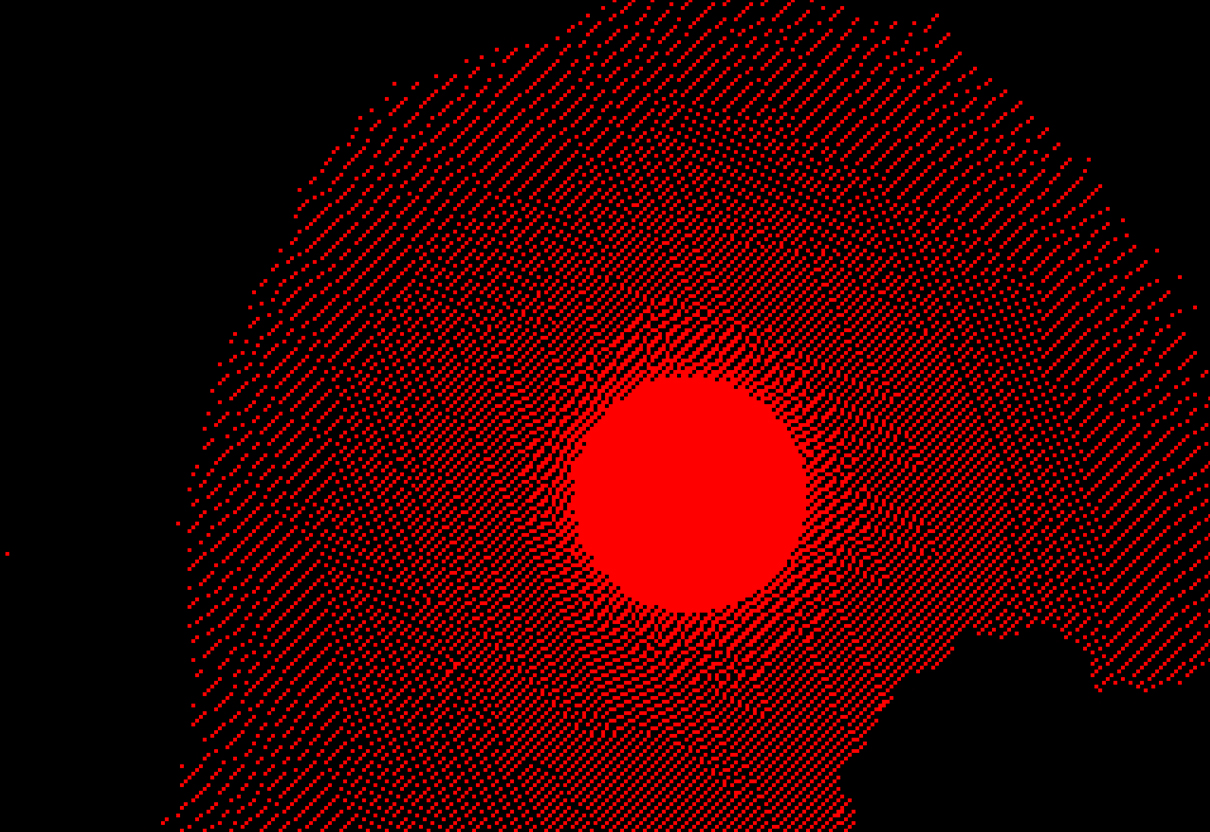 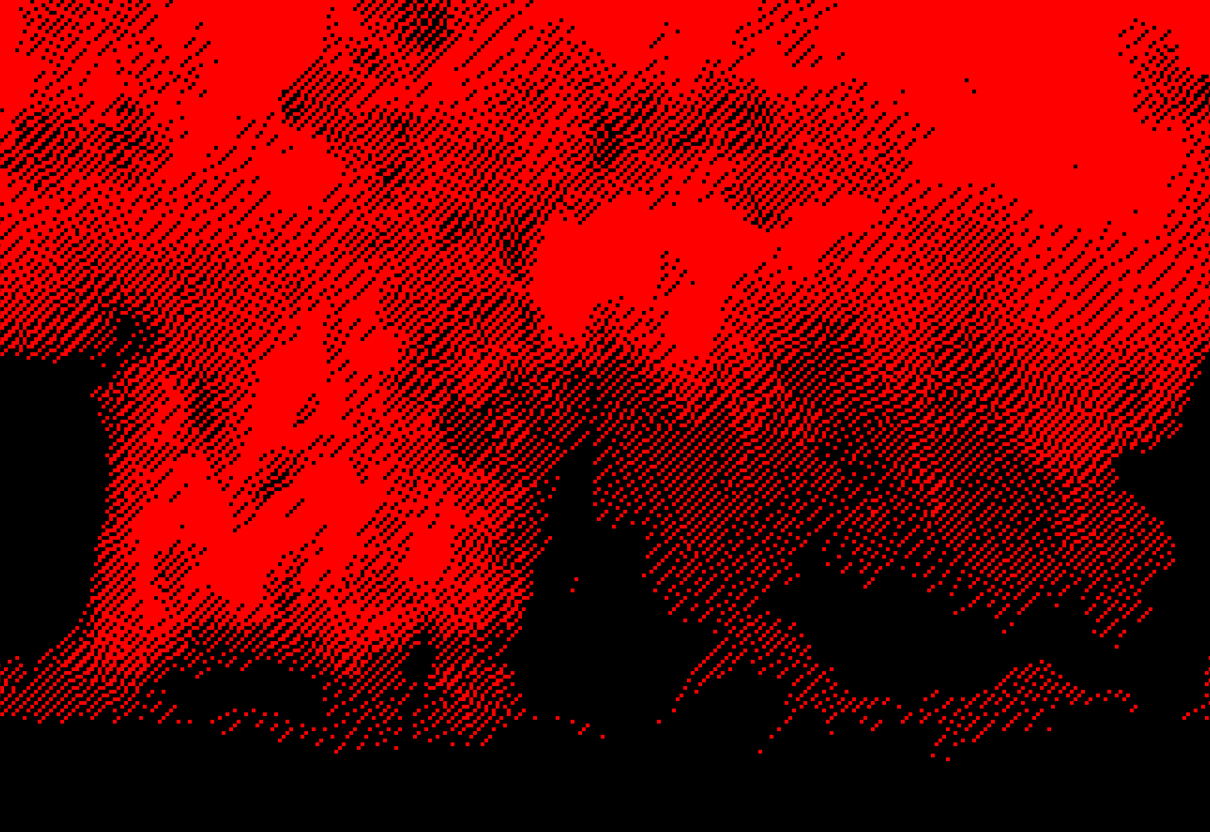 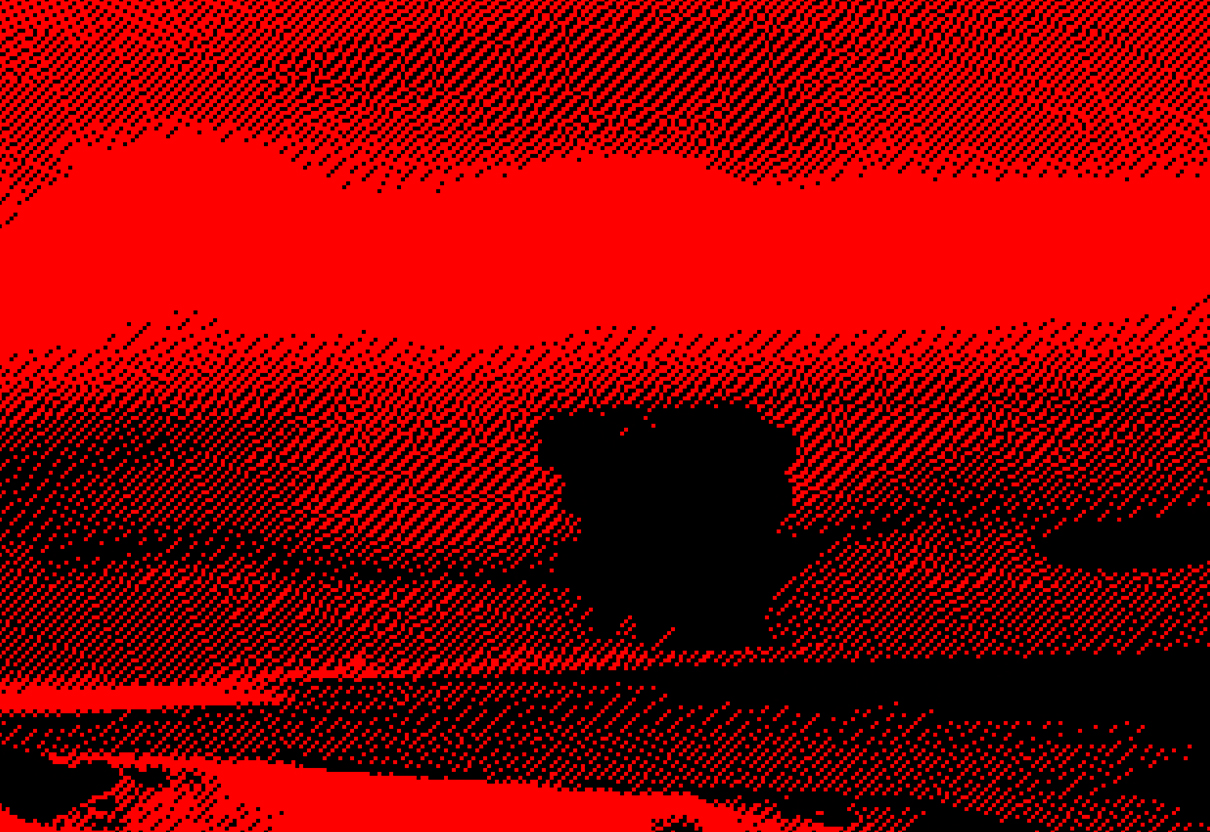 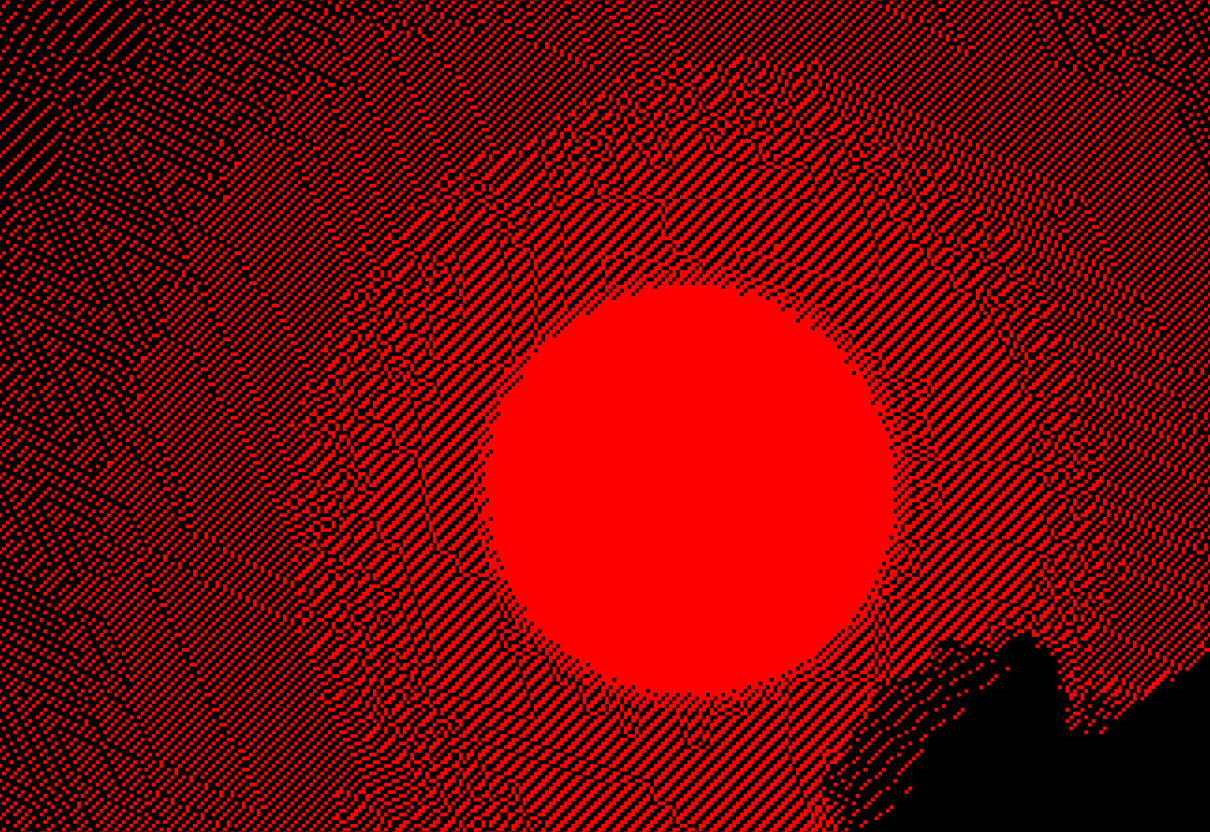 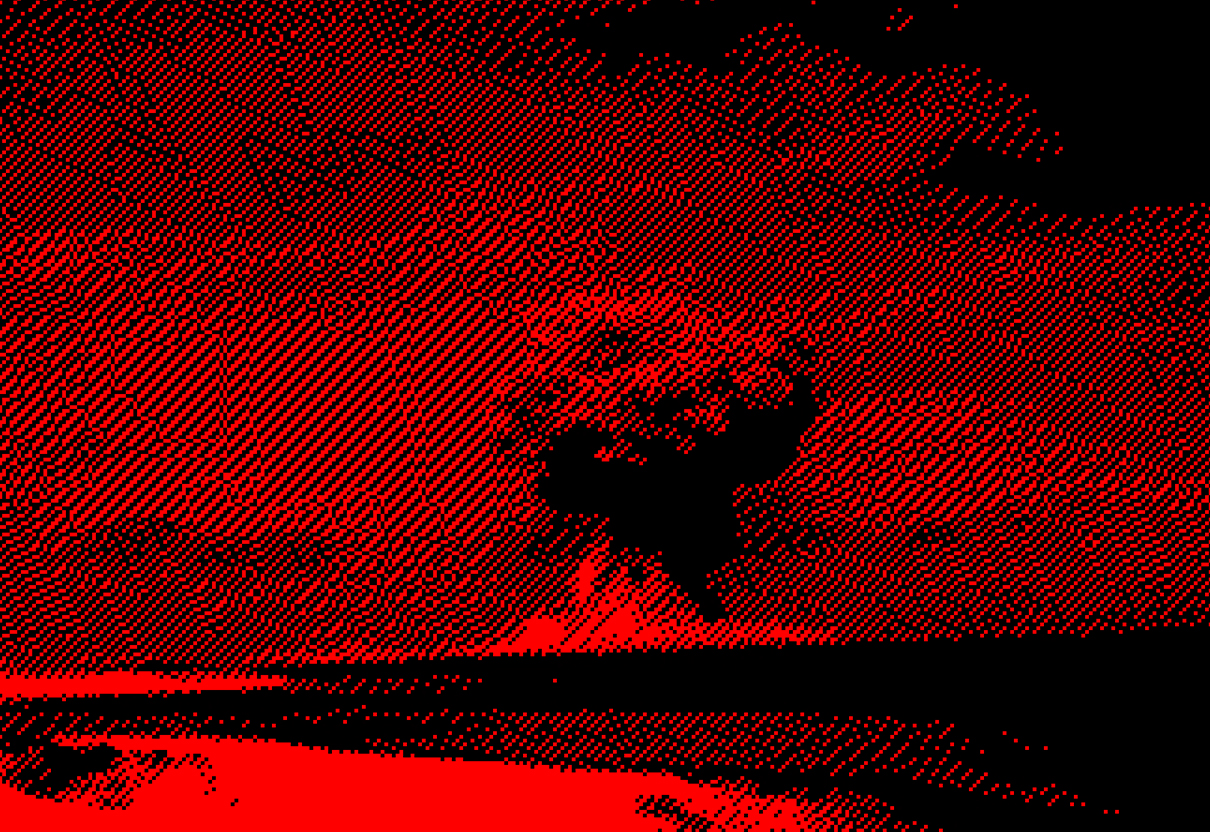 Operation TEAPOT was created in direct response to recently-stirred-up memories of the fear of an imminent nuclear attack while I was growing up near Dayton, Ohio and Wright Patterson Air Force Base at the height of the Cold War. Recently declassified films of nuclear tests in the Nevada desert were altered with the Atkinson dithering technique developed for the first Apple Macintosh computers from that time to bridge the gap between the nuclear tests and the Reagan era.

In 1955, the United States executed Operation TEAPOT, a series of 14 nuclear tests in Nevada. The Fact Sheet prepared by the Defence Threat Reduction Agency in 2015 states:

“
Operation TEAPOT was the fifth series of atmospheric nuclear tests conducted by the Atomic Energy Commission (AEC) within the continental United States. The series, which consisted of 14 nuclear tests and one non-nuclear detonation, was conducted at the Nevada Test Site (NTS) from February 18 to June 10, 1955. The operation involved an estimated 11,700 Department of Defense (DOD) personnel who participated in observer programs, tactical maneuvers, and scientific studies. The series was intended to test nuclear devices for possible inclusion in the weapons arsenal; improve military tactics, equipment, and training; and study civil defense requirements.
”

In 1978 in Nigeria, William Onyeabor released his second album, Atomic Bomb. On the track “Better Change Your Mind” he sang:

In the early 1980s, Bill Atkinson was writing graphics software for the first Macintosh computer. He developed a dithering algorithm to modify pictures to display well on the 1-bit black-and-white screen of the computer. Atkinson dithering is a modified version of the Floyd-Steinberg algorithm, which is a specific technique for error-diffusion dithering. When a grayscale image is reduced to black-and-white pixels, dithering approximates the feel of a grayscale image by spacing the pixels to simulate different tones of gray.

“
The U.S. conducted 210 atmospheric nuclear tests between 1945 and 1962, with multiple cameras capturing each event at around 2,400 frames per second. These are the declassified films of tests conducted by Lawrence Livermore National Laboratory.
”

These videos were created to archive footage from the tests. They digitized the deteriorating film that captured the events. The twenty videos released from Operation TEAPOT are from the Tesla detonation on March 1, 1955. The film segment lengths range from a few seconds to one minute.